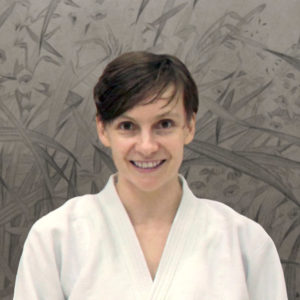 Marsha joined her first aikido club in Moscow in 1999 and within a year was attending seminars by Miyamoto Sensei, Kuribayashi Sensei and later on Seki Sensei, who curated the dojo to which she moved on to. In 2004 she travelled to Japan to train at Hombu Dojo and at Saku Dojo. Marsha passed her shodan in 2007. After moving to UK she joined Manchester Dojo and continues to travel to seminars in Europe and Russia. Since 2016 she holds the rank of 2nd dan and is a certified coach.